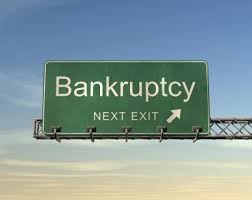 Nobody wants to go through a bankruptcy, but it’s often the best or only way to proceed for those who have expenses they’re simply unable to pay. While there are a wide number of bankruptcy causes, some are more common than others. Here are the top five reasons why someone would file for bankruptcy in 2020.

In the United States, medical expenses are by far the most common cause of bankruptcy. Furthermore, most people filing for bankruptcy due to medical expenses have some form of medical insurance. Certain medical conditions can cost hundreds of thousands of dollars or even more to treat, amounts that few people are able to pay off out of pocket. Furthermore, people facing high medical bills often have no way to earn money, further amplifying the problem.

Most people are able to bounce back after a job loss, but some people struggle for an extended period of time. This problem is especially pronounced in industries where jobs are simply disappearing as entering a new field can be an expensive and time-consuming process. To avoid problems, it’s worth trying to set aside an emergency fund that can cover the bills while finding new work. For those living paycheck to paycheck, however, this might not be an option.

Taking on a bit of debt is typical, but some people lack the knowledge or control to keep their debt under control. As interest begins to pile up, some people take out more expensive types of credit, potentially causing further problems. Eventually, a person might be unable to make even the minimum payments, making bankruptcy the only reasonable option going forward. Although debt consolidation plans can work for some, many people who enter them still end up filing for bankruptcy.

When facing a separation or divorce, one or both parties might have difficulty paying the bills. Further complicating the issue is alimony and divorce, which can make handling finances a tough task. Furthermore, the cost of going through the legal process can skyrocket quickly, creating yet another expensive bill. When faced with wage garnishment and other problems, people often find bankruptcy to be the preferable option.

It’s often said that disasters strike at the worst possible time, and for many considering bankruptcy, this is the case. Natural disasters can destroys a considerable amount of value in a short period of time, and those without the right insurance can suffer. Disasters can also cost people their jobs. Helping out a family member facing medical expenses or other problems can cause future financial issues as well, and even car problems can eventually spiral into dire financial straits.

Bankruptcy is designed to be a last resort, and healthy budgeting can reduce the odds of facing bankruptcy in the future. However, calamity can strike anyone at any time, and bankruptcy can provide a path forward.

Ouch! There was a server error.
Retry »

Fill out the form below for a FREE Consultation.